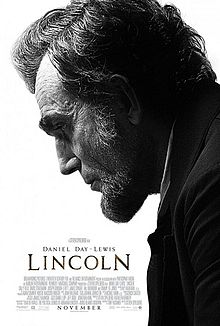 Today in history, November 8, 1864, Abraham Lincoln became the frist president to be re- elected in the United States's first wartime election.

The fact is interesting in itself, but what is more exciting is its relative meaning today. Two days after the historic re- election of America's first "Black" president, we are reminded of this extremely ironic event in history. (SN) The, very, possible misuse of "irony" can be a distraction to the point at hand, but I ask that you ignore obvious grammatical mistakes for the principal issue being dissected.

The highly praised honest Abe is often referred to as, not literally, the savior of Black Americans. The statement holds obvious truth, Abraham Lincoln did indeed draw up the Emancipation Proclomation which ended slavery in the U.S., but the object of concern is the widely taught half- truth. What is more problematic is the reinforcement of this idea.

The very prominnet and damn good Producer/ Director Steven Spilberg will release his new film Lincoln(2012) later this month on the 16th. No other medium has proven to reinforce ideologies and stereotypes on the scale that it does like that of television and film. Repeatedly in the trailer, which undoubtedly reveals Daniel Day- Lewis's breath taking acting abilities, Abraham Lincoln expresses strong feelings against the institution of slavery. If Spilberg and his well- trained team of filmmakers had done their homework, they would have come across this quote from Lincoln's Collected Works.

I am not anti- Abraham, I love him as much as the next American, but I am anti- misinterpretation. I am anti- Hollywood glamour. I am anti- "sweep the truth under the rug". Check out the trailer below. Despite the historical influence around the film, it IS Daniel Day- Lewis. *14 Year Old Girl Squeal*